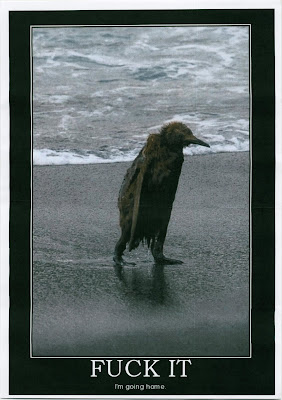 Labels: Humour
Email ThisBlogThis!Share to TwitterShare to FacebookShare to Pinterest

On the Lighter Side

Hail to the “Messiah”!

The ecstasy and salivating adulation of the deeply anti-Catholic secular left (plus a handful of post-Conciliar modernist prelates) at the election of Barack Obama should compel all Catholics to pause for reflection.
A white man who voted for McCain for no better reason than that he was white would be denounced (and quite rightly so) as a racist bigot. Why then is a black man who voted for Obama, as ninety-nine percent of African Americans appear to have done, for no better reason seemingly than that he is black (or perceive to be so) doing something noble? The liberal proclivity for placing their emotions where their intellect should be frequently results in double standards that are nothing if not absorbing. Deciphering such conundrums is all part of the fun of life in the secular asylum.
Barrack Obama is fanatically committed to abortionism and the culture of death and he is therefore by definition deeply anti-Catholic. Even if he makes good on his promise to bring home American troops, the number of Americans, and others, unjustly killed on his watch is set to multiply many times over.
I recently wrote that we are in a spiritual battle and the next decade or so is shaping up to be from the Devil’s prospective one of the most decisive battles of history. As mere mortals our noses are far too close to the canvas to see or understand the cosmic picture. Nevertheless, I have a distinct feeling that another piece of the jigsaw has just clicked into place.
Not so long ago a child survived abortion in the State of Illinois. The surgeon placed the child in a bucket and left it in the closet to die. A nurse, who became aware of what had happened, recovered the child, wrapped him in a towel and nursed him on her lap until he died. The press carried the story and this resulted in the Illinois Senate passing a Bill to ban the killing of a child born alive as the result of a failed abortion attempt.
Obama was the only Senators to vote against this bill … on several occasions. The following are some of the reasons Obama gave for his opposition: “a ban to stop aborted babies from being shelved to die would be burdensome to mothers”; “aborting babies alive and letting them die is a doctor's prerogative”; “aborting babies alive and letting them die is a religious issue”; “aborting babies alive and letting them die violates no universal principle”; “introducing legislation to stop live aborted babies from being shelved to die was a political maneuver.”
Obama is a man who is so keen on abortionism that he will support infanticide to protect it! The free world is now led by a man whose moral compass appears to be about as well developed as some of the leaders of the Third Reich, whose regime’s rise to power was also incidentally via the ballot box. Tremble dear readers and pray without ceasing.
A friend once amusingly remarked that the reason that Catholics are blamed for all the horrors of history is that we are the only one’s still around to take the blame. There is more truth in this witty aside than one may first envisage. The reason that the world hates us with such a white hot intensity is that deep in their subconscious they know that when their tacky Godless civilization has passed into the dustbin of history, as all other civilizations have before them, we shall still be here. The worldlings know it and the fury drives them insane. Catholics to vanquish have merely to survive, and all we have to do to survive is do what our forefathers have always done: keep the Faith.
In the meantime, President Elect Obama will do well to remember, that the beast that hailed the Messiah on Palm Sunday was the same mindless beast screaming “crucify him” on Good Friday.
Posted by Don McGovern at 10:45 No comments: Links to this post

Abridged and adapted from an article in the Remnant